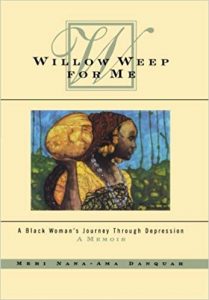 The first book to focus on black women and depression, seen through the personal journey of a young black woman’s descent into despair.

Meri Danquah, a “working-class broke,” twenty-two-year-old single mother, began to suffer from a variety of depressive symptoms after she gave birth to her daughter, which led her to suspect that she might be going crazy. Understanding the importance of strength in a world that often undervalues black women’s lives, she shrouded herself and her illness in silence and denial. “Black women are supposed to be strong―caretakers, nurturers, healers of other people―any of the twelve dozen variations of Mammy,” writes Danquah. But eventually, she could no longer deny the debilitating sadness that interfered with her ability to care for her daughter, to pursue her career as a writer, and to engage in personal relationships. “This is how the world feels to me when I am depressed,” she writes. “Everything is blurry, out of focus, fading like a photograph; people seem incapable of change; living feels like a waste of time and effort.”

She moves back to the city of her childhood where she befriends two black women who are also suffering from depression. With their support she confronts the traumatic childhood events―sexual abuse, neglect, and loss―that lie beneath her grief. This is not simply a memoir about depression, it is a powerful meditation on courage and a litany for survival.

“Absorbing and inspirational…A vividly textured flower of a memoir that will surely stand as one of the finest to come along in years.”–Washington Post Book World

“Willow is no easy read. But, before I realize, I am deep inside its story, inside its sadness, its pain. I am lured by Miss Danquah’s seductive, lyrical, descriptive prose. […]Miss Danquah and the other black women, whose lives she charts in her book, have decided that they can’t wait to be rescued. […]Willow Weep for Me is a powerful lens.” –The Washington Times

“Meri Danquah has written an important and moving memoir. She describes beautifully her experiences with depression and provides a unique and compelling account of her life. Willow Weep for Me is not only a lovely book, it is a powerful one.”–Dr. Kay Redfield Jamison, Author of An Unquiet Mind and Night Falls Fast

“Willow Weep for Me is a tremendous contribution to the health of black women; and, also, a tremendous gift to all of us and to our understanding of depression, and its pervasiveness throughout our society.”–David Satcher, M.D., Ph.D., 16th U.S. Surgeon General, Director, National Center for Primary Care, Morehouse School of Medicine

“Depression among African-Americans comes with its own special set of difficulties. In her beautifully poignant book, Willow Weep for Me, Meri Danquah describe the trouble. […]Meri Danquah is, ordinarily, anything but depressed: a beautiful, stylish, dramatic woman with an aura of regal authority.”–excerpted from The Noonday Demon, a National Book Award winner by Andrew Solomon

“In Willow Weep for Me, Danquah has opened up one of our silenced spaces. Her courage and honesty strengthen. Her words heal.” –Junot Diaz, Author of Drown

“Willow Weep for Me is both a moving personal memoir and a superb account of one woman’s brave struggle against depression. Beautifully written, painfully blunt at times, this book will only grow in stature over the years.” –Tim O’Brien, Author of In the Lake of the Woods and The Things They Carried

“At long last, a book the focuses on the emotional anguish and despair experienced by countless black women. The vulnerability exposed in Willow Weep for Me is necessary, right and true. This book will do much to transform society’s image of black women as sturdy bridges to everyone’s healing except their own.”–Evelyn C. White, Editor of The Black Women’s Health Book

“Willow Weep for Me leads us into the tiny, suffocating closet that is depression and locks the door. I applaud Danquah for the courage it took to refuse silence. As African Americans, we often believe hiding our “dirty laundry”–our humanity and fallibility–is an essential means of survival. But Danquah shows us it’s a dangerous ruse. Not a glossed-over portrait of easy healing, this is a riveting and necessarily disturbing book.”–Lisa Jones, Author of Bulletproof Diva

“Meri Danquah writes here with insight and searing clarity about the circumstances of race, gender, and culture which underlie her depression. What she achieves is an artful, intimate memoir which breaks the deafening silence that continues to shroud black women and depression. This book is a true and healing mirror for the many, many women who dismiss their own debilitating symptoms of depression and instead wish in silence that tomorrow will be a better day.”–Rebecca Walker, Author of Black, White and Jewish

“Danquah, a black single mother and Ghanian-born immigrant, who moved to the U.S. at age six in 1973, has battled melancholy and despair, culminating in episodes of overwhelming depression. A performance artist and poet who has worked as a creative writing instructor, she discusses movingly how she overcame clinical depression in this candid memoir. Addressing the special circumstances of being both depressive and an African American woman, she notes, for example, that talking about one’s parents is frowned on in African as well as African American culture. Her parents divorced when she was growing up in Washington, D.C., and she carried around suppressed rage at the father who abandoned her and the mother whose lover she claims sexually abused her. After she fled to Los Angeles in 1991, her world fell apart when, as she tells it, her common-law husband threw her out along with their two-month-old daughter. With the help of therapists, Danquah ultimately confronted these traumas and the self-hatred induced partly by pervasive racism. Yet antidepressant drugs numbed her and drove her to alcohol. She kicked both habits and now overcomes the blues (the book’s title is from a Billie Holiday song) through music, meditation and vigilant monitoring to avoid self-destructive situations and moods. She tells her story poignantly and affectingly. ”
—Publishers Weekly

`I have,” Danquah notes early in this straightforward, moving memoir, “been addicted to despair.” For much of her life she has veered between bouts of mild depression and periods of extreme depression. She charts the costs of this lifelong battle: disrupted relationships, broken friendships, several promising careers disrupted, a college education left incomplete. While there is no shortage of books describing long struggles with depression, Danquah’is one of the first works to focus on the needs and experiences of black women suffering from clinical depression. As Danquah points out, black women suffer from the additional burden of being viewed in many quarters as tough, enduring figures, those who give solace but who rarely require it themselves. She also discusses her therapy with frankness and describes her discoveries about the grim childhood origins of her depression. This is likely to prove of special help to black women working to come to terms with serious depression.
—Kirkus 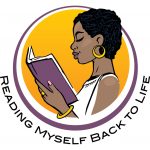